Here at DeShano Companies, Inc., we are frequently asked about the pros and cons of restoring an existing home or cottage versus building a new home in its place.  This question comes up most frequently with waterfront homes.  This is mainly because there are only so many building parcels around any given lake or river.  The vast majority of these lots had tiny cottages built on them years ago.  However, summer homes and vacation homes tend to be used more frequently these days, so oftentimes our customers would like to add additional square footage and/or add a second story onto an existing cottage.  Many times, this is great in theory — however, building codes were very different when these old cottages were originally constructed.  It’s not uncommon for the footings and foundation to be more shallow than required by current building codes, if they even have a foundation.  Some of these small cabins were built on a concrete slab with no foundation.  Even if they do have a foundation, the vast majority of foundations under these cabins and cottages were not sized large enough to be able to support a second story addition.  Actually, by today’s building codes, many of them aren’t even sized large enough to support a one story structure!

Another downside to remodeling an existing cottage can be that if it was built in 1940, for example, you may spend a good amount of money on remodeling and renovations; however, when you go to sell it, the structure will still be considered as having been built in 1940.  This option may not bode well when considering resale value.  If you demo and replace then you are starting with a brand new home.  New homes are much more efficient than the old cabins and cottages that were built decades ago.  In fact, new homes built today are even more efficient than homes that were built just a short 10 or 15 years ago.  The reason for this is that construction codes are typically updated every couple of years.  Minimum insulation values are increased with each update to the residential codebook.  Also, technologies change.  Building products and building techniques are constantly improving.  Water heater and furnace efficiencies are constantly getting higher.  Central air conditioning units can double as energy efficient heat pumps and mini-splits can service previously hard-to-condition spaces such as a bonus room over a garage. 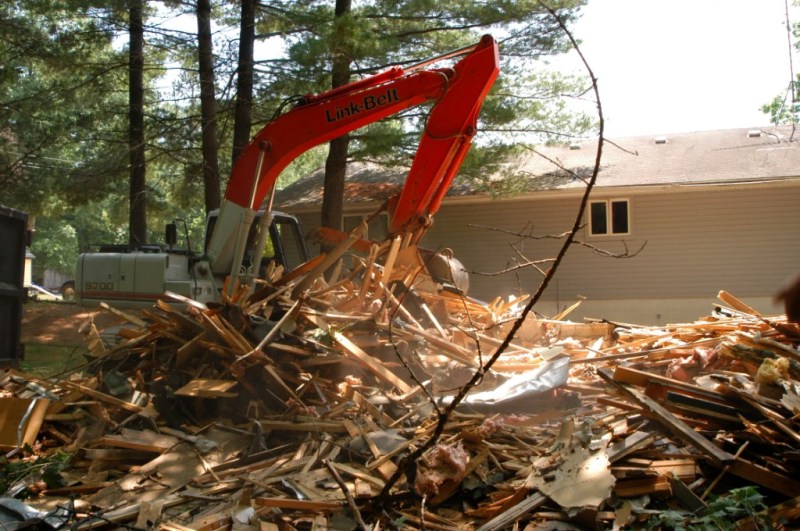 You will want to investigate current zoning restrictions and/or subdivision restrictions because you may find that rules have changed from when your existing structure was built.  For example, current zoning regulations may dictate that new homes must be built a minimum of 75 feet from the water's edge.  However, your existing cottage may only be 50 feet from the water's edge.  If you like being that close to the water, then you MAY be able to get the best of both worlds by demo-ing the old structure but leaving just the one exterior wall which is closest to the water's edge.  From there we build an entirely new structure to that wall.  We’ve done this on numerous occasions and may be able to help you do the same.

Get a FREE Plan Book

Send It To Me

"A large, well staffed company that helped us make the selections and modifications resulting in what we consider is our perfect retirement home. Their large showroom lets you see the materials you are selecting. Their use of the internet and computerized kitchen design made it possible to finalize the design from across the state and complete the project to meet our moving schedule. They were very flexible in crediting things like closet shelving which we chose to do ourselves. They are up to date on building codes and produced a very energy efficient building. Their follow up team is very capable to fix the defects that are discovered after moving in."
- Lynn & June R.